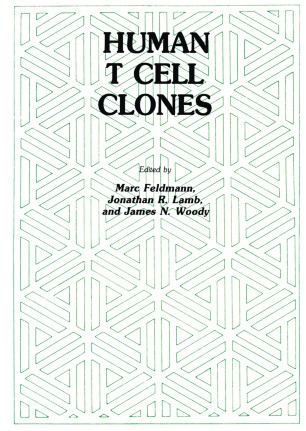 A New Approach to Immune Regulation

Most complex biological systems, such as enzyme pathways, are effec­ tively controlled near the beginning of the process. There is increasing evidence that the same is true for the immune system, with the initial interactions between antigen, antigen-presenting cells, and T cells hav­ ing a paramount influence on the ensuing events. Thus, analysis of the early stages of the immune responses has been a preoccupation of many immunologists. This has been considerably aided by the capac­ ity to expand these early events, and 'immortalize' them as clones of T cells, for detailed analysis. The discovery by Morgan, Ruscetti, and Gallo (Science 193, 1007, 1976) of T-cell growth factor (now termed interleukin-2 or IL-2) has had a major impact in immunology that is far from over. The greater ease of handling murine tissues experimentally, with the availability of more precisely defined reagents such as inbred strains, has meant that, to date, most of the work on long-term T-cell cultures has been per­ formed in the mouse, as summarized by Fathman and Fitch (eds. , Iso­ lation, Characterization and Utilization of T Lymphocyte Clones, Aca­ demic Press, NY, 1982). However, the limitations of working with human tissues are counterbalanced by the great long-term importance of understanding disorders of human immune regulation, especially since it is becoming evident that these are far from rare. Immune deficiencies such as agammaglobulinemia and T-cell deficiencies are not common, but immune hyperresponsiveness occurring in allergy and allergiC diseases (e. g.