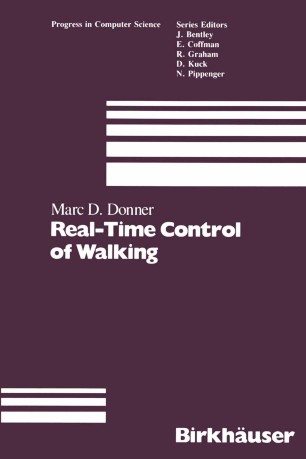 I wonder whether Karel Capek imagined in 1923 that by his use of the Czech word for forced labor, rohota, to name the android creations of Mr. Rossum he was naming an important technology of his future. Perhaps it wasn't Capek's work directly, but rather its influence on Lang's movie Metropolis in 1926 that introduced the term to the popular consciousness. In the public mind ever since a robot has been a me­ chanical humanoid, tireless and somewhat sinister. In the research community the field of robotics has recently reached large size and respectability, but without answering the question, "What is robotics?" or perhaps, "What is a robot?" There is no real consensus for a precise definition of robotics. I suppose that Capekian mechanical men, if one could build them, are robots, but after that there is little agreement. Rather than try to enumerate all of the things that are and are not robots, I will try to characterize the kinds of features that make a system a robot. A candidate definition of a robot is a system intended to achieve mechanical action, with sensory feedback from the world to guide the actions and a sophisticated con­ trol system connecting the sensing and the actions.