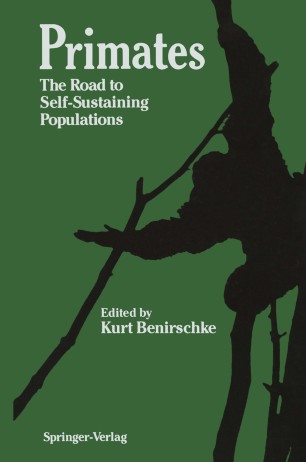 The Road to Self-Sustaining Populations

This conference represents the first time in my life when I felt it was a misfor­ tune, rather than a major cause of my happiness, that I do conservation work in New Guinea. Yes, it is true that New Guinea is a fascinating microcosm, it has fascinating birds and people, and it has large expanses of undisturbed rainforest. In the course of my work there, helping the Indonesian government and World Wildlife Fund set up a comprehensive national park system, I have been able to study animals in areas without any human population. But New Guinea has one serious drawback: it has no primates, except for humans. Thus, I come to this conference on primate conservation as an underprivileged and emotionally deprived observer, rather than as an involved participant. Nevertheless, it is easy for anyone to become interested in primate conserva­ tion. The public cares about primates. More specifically, to state things more realistically, many people care some of the time about some primates. Primates are rivaled only by birds, pandas, and the big cats in their public appeal. For some other groups of animals, the best we can say is that few people care about them, infrequently. For most groups of animals, no one cares about them, ever.