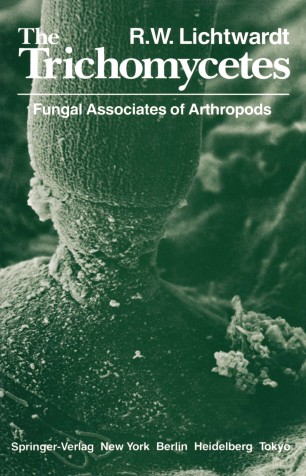 Associations and interactions between species of organisms are phenomena shared by all living things. What varies is the extent to which the more long-lasting interactions are beneficial or destructive to a given species and the degree of intimacy and reliance which one organism may have developed in association with another. Many of the more highly evolved relationships that have been studied involve microorganisms, either in consort with other microorganisms or with so-called higher forms of life. Mycologists are rarely surprised-but often fascinated-by the variety of kinds of living substrates and specialized organismal relationships that evolutionary processes have produced among the fungi. The present book deals in some detail with the specialized dependence of a unique group of fungi, the trichomycetes, upon certain arthropods. There has been no comprehensive and worldwide treatment of the tri­ chomycetes since their discovery by Joseph Leidy in 1848. The literature is scattered and in several languages, and many articles are now not only a bit old but out of date as well. As in many areas of biology, our knowledge about trichomycetes has increased somewhat exponentially in recent years.