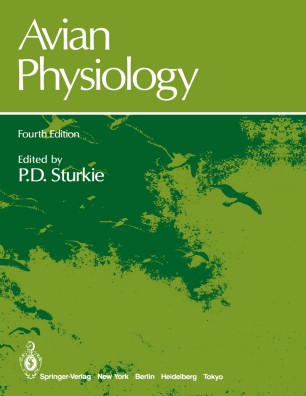 Since the publication of earlier editions, there has been The new edition has a number of new contributors, a considerable increase in research activity ina number who have written on the nervous system, sense organs, of areas, with each succeeding edition including new muscle, endocrines, reproduction, digestion and immu­ chapters and an expansion of knowledge in older chap­ nophysiology. Contributors from previous editions ters. have expanded their offerings considerably. The fourth edition contains two new chapters, on The authors are indebted to various investigators, muscle and immunophysiology, the latter an area journals and books for the many illustrations used. Indi­ where research on Aves has contributed significantly vidual acknowledgement is made in the legends and to our general knowledge of the subject. references. Preface to the 'Third Edition Since the publication of the first and second editions, pathways of birds and mammals. New contributors in­ there has been a considerable increase of research activ­ clude M. R. Fedde and T. B. Bolton, who have com­ ity in avian physiology in a number of areas, including pletely revised and expanded the chapters on respira­ endocrinology and reproduction, heart and circulation, tion and the nervous system, respectively, and J. G. respiration, temperature regulation, and to a lesser ex­ Rogers, Jr. , W. J. Mueller, H. Opel, and D. e. Meyer, who have made contributions to Chapters 2,16, 17, tent in some other areas. There appeared in 1972-1974 a four volume treatise and 19, respectively.