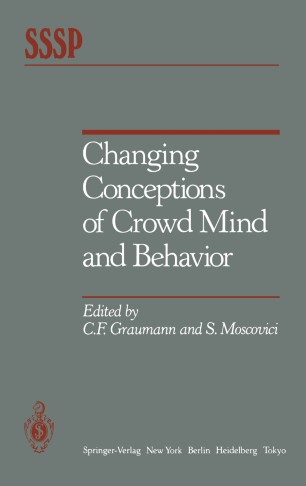 Serge Moscovici It has recently become commonplace to say that science and its history are one. Nonetheless, in practice things have not changed much. We still behave as ifthe two were not really connected. Or else as if it were hard, not to say impossible, to link them in a single enquiry. In such circumstances the group we constitute and which has undertaken the task of studying the history of social psychology while refor­ mulating its theories represents an experiment. Whether the experiment succeeds or fails, the three aims we have set ourselves are precise: First, we wish to bring up to date the relation between certain topics of psycho­ logical research and their historical context. Second, we will include within the discussion itself and consider critically some authors and works that have become our classics due to their undiminished signifi­ cance and heuristic power. But, in this respect, we also consider that we should depart from the attitude of the physical sciences shared by so many psychologists that past acquisitions have nothing to offer as a basis for research. Only those scholars who have said their say and completed their task indulge in such medita­ tions; therefore work undertaken in this field is unimportant and even illicit. We, on the other hand, are convinced that social psychology is, after all, a social science and that a study based on orthodox theories is still eminently significant.