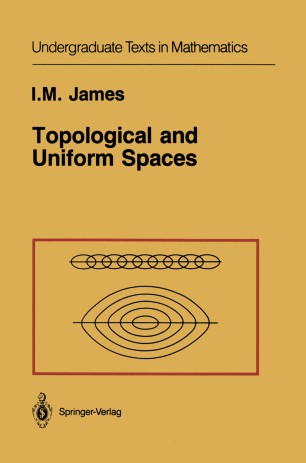 This book is based on lectures I have given to undergraduate and graduate audiences at Oxford and elsewhere over the years. My aim has been to provide an outline of both the topological theory and the uniform theory, with an emphasis on the relation between the two. Although I hope that the prospec­ tive specialist may find it useful as an introduction it is the non-specialist I have had more in mind in selecting the contents. Thus I have tended to avoid the ingenious examples and counterexamples which often occupy much ofthe space in books on general topology, and I have tried to keep the number of definitions down to the essential minimum. There are no particular pre­ requisites but I have worked on the assumption that a potential reader will already have had some experience of working with sets and functions and will also be familiar with the basic concepts of algebra and analysis. There are a number of fine books on general topology, some of which I have listed in the Select Bibliography at the end of this volume. Of course I have benefited greatly from this previous work in writing my own account. Undoubtedly the strongest influence is that of Bourbaki's Topologie Generale [2], the definitive treatment of the subject which first appeared over a genera­ tion ago.