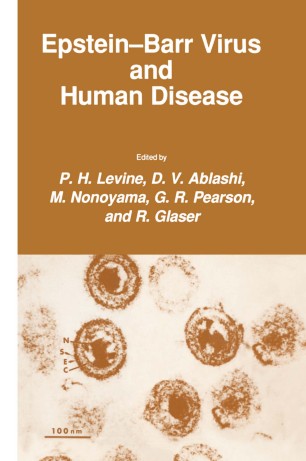 Since its discovery as the cause of infectious mononucleosis in 1964, the Epstein-Barr virus (EBV) has been etiologically implicated in an increasing number of human diseases. Generally considered the first human oncogenic virus because of a number of studies linking it with Burkitt's lymphoma and nasopharyngeal carcinoma (NPC), as well as its documented oncogenicity in nonhuman primates, EBVhas served as a model for identifying subsequent candidate oncogenic viruses and the stimulus for Evans' revision of the Henle-Koch postulates to accommodate the problems in proving viral oncogenicity in humans. Research on the role of EBV in human cancer was particularly en­ hanced (a) by the pioneering work of Werner and Gertrude Henle, and (b) by the coordinated efforts of the Special Virus Leukemia Program and its successors, the Special Virus Cancer Program and the Virus Cancer Program of the National Cancer Institute (NCI). Initiated by Dr. Frank J. Rauscher, who subsequently became director of the Ncr and is now Vice-President of the American Cancer Society, and expanded by Dr. John B. Moloney, whose contributions to cancer research were honored at this Second International Symposium on EBV and Associated Malignant Diseases, these NCI contract-sup­ ported programs brought together investigators from all over the world to participate in a joint effort to unravel the mystery of EBV behavior and pathogenicity. It was these programs that gave us the opportunity to work with such outstanding people as Professor Yohei Ito, to whom this book is dedicated.