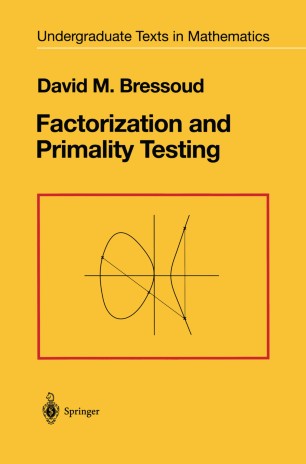 "About binomial theorems I'm teeming with a lot of news, With many cheerful facts about the square on the hypotenuse. " - William S. Gilbert (The Pirates of Penzance, Act I) The question of divisibility is arguably the oldest problem in mathematics. Ancient peoples observed the cycles of nature: the day, the lunar month, and the year, and assumed that each divided evenly into the next. Civilizations as separate as the Egyptians of ten thousand years ago and the Central American Mayans adopted a month of thirty days and a year of twelve months. Even when the inaccuracy of a 360-day year became apparent, they preferred to retain it and add five intercalary days. The number 360 retains its psychological appeal today because it is divisible by many small integers. The technical term for such a number reflects this appeal. It is called a "smooth" number. At the other extreme are those integers with no smaller divisors other than 1, integers which might be called the indivisibles. The mystic qualities of numbers such as 7 and 13 derive in no small part from the fact that they are indivisibles. The ancient Greeks realized that every integer could be written uniquely as a product of indivisibles larger than 1, what we appropriately call prime numbers. To know the decomposition of an integer into a product of primes is to have a complete description of all of its divisors.