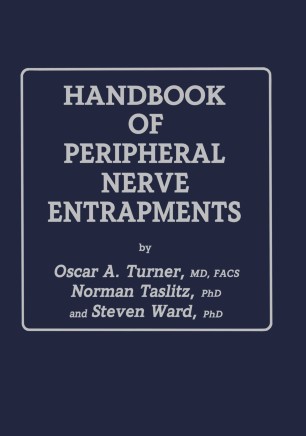 The present publication relating to peripheral nerve entrapment is an attempt to bring to the attention of physicians an easily readable source of information on this common class of disorders. Frequently encountered disturbances as well as the more obscure entrapments have been included in the volume. The book should have a wide distribution. Despite the neuro­ logical and neurosurgical orientation, there is much of value for or­ thopedists and specialists in peripheral vascular disease. There is much of benefit for the general practitioner, with considerable in­ formation for those in training. There have been relatively few texts published in this field. The material has been organized to give the maximum pertinent infor­ mation in an easily read and concise arrangement. The various fac­ tors have been listed with a discussion of therapy. Included is an appendix describing specific methods for testing the function of the individual muscles, and tables for rapid evaluation of individual symptoms. The work is the result of lengthy personal experience and an extensive review of the literature. To make further study attainable, selected references have been cited following each section. Illustra­ tions have been employed where they could further understanding of the problem involved. Oscar A. Turner Norman Taslitz Steven Ward v Acknowledgments A publication such as this one cannot be the result of a single in­ dividual's work, and as such, one must acknowledge the help and support of those who were involved in the final preparation. Mrs.