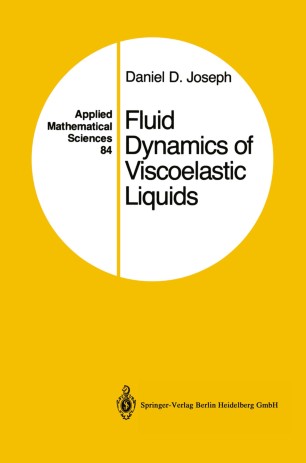 This book is about two special topics in rheological fluid mechanics: the elasticity of liquids and asymptotic theories of constitutive models. The major emphasis of the book is on the mathematical and physical consequences of the elasticity of liquids; seventeen of twenty chapters are devoted to this. Constitutive models which are instantaneously elastic can lead to some hyperbolicity in the dynamics of flow, waves of vorticity into rest (known as shear waves), to shock waves of vorticity or velocity, to steady flows of transonic type or to short wave instabilities which lead to ill-posed problems. Other kinds of models, with small Newtonian viscosities, give rise to perturbed instantaneous elasticity, associated with smoothing of discontinuities as in gas dynamics. There is no doubt that liquids will respond like elastic solids to impulses which are very rapid compared to the time it takes for the molecular order associated with short range forces in the liquid, to relax. After this, all liquids look viscous with signals propagating by diffusion rather than by waves. For small molecules this time of relaxation is estimated as lQ-13 to 10-10 seconds depending on the fluids. Waves associated with such liquids move with speeds of 1 QS cm/s, or even faster. For engineering applications the instantaneous elasticity of these fluids is of little interest; the practical dynamics is governed by diffusion, ·say, by the Navier-Stokes equations. On the other hand, there are other liquids which are known to have much longer times of relaxation.