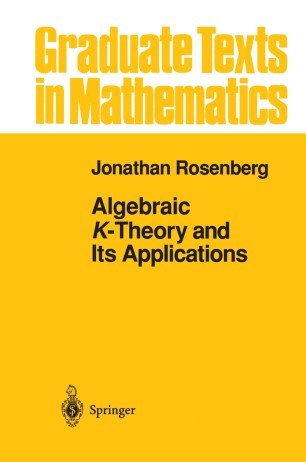 Algebraic K-Theory and Its Applications

Algebraic K-Theory plays an important role in many areas of modern mathematics: most notably algebraic topology, number theory, and algebraic geometry, but even including operator theory. The broad range of these topics has tended to give the subject an aura of inapproachability. This book, based on a course at the University of Maryland in the fall of 1990, is intended to enable graduate students or mathematicians working in other areas not only to learn the basics of algebraic K-Theory, but also to get a feel for its many applications. The required prerequisites are only the standard one-year graduate algebra course and the standard introductory graduate course on algebraic and geometric topology. Many topics from algebraic topology, homological algebra, and algebraic number theory are developed as needed. The final chapter gives a concise introduction to cyclic homology and its interrelationship with K-Theory.