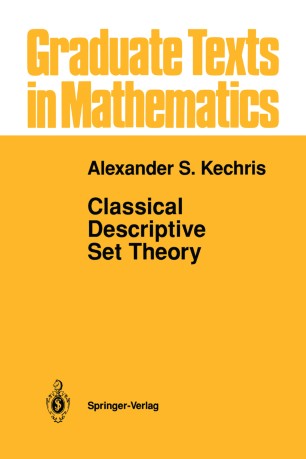 Descriptive set theory has been one of the main areas of research in set theory for almost a century. This text attempts to present a largely balanced approach, which combines many elements of the different traditions of the subject. It includes a wide variety of examples, exercises (over 400), and applications, in order to illustrate the general concepts and results of the theory.
This text provides a first basic course in classical descriptive set theory and covers material with which mathematicians interested in the subject for its own sake or those that wish to use it in their field should be familiar. Over the years, researchers in diverse areas of mathematics, such as logic and set theory, analysis, topology, probability theory, etc., have brought to the subject of descriptive set theory their own intuitions, concepts, terminology and notation.