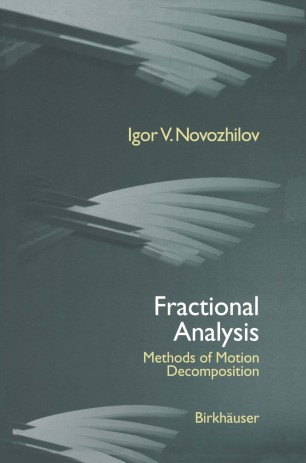 This book considers methods of approximate analysis of mechanical, elec­ tromechanical, and other systems described by ordinary differential equa­ tions. Modern mathematical modeling of sophisticated mechanical systems consists of several stages: first, construction of a mechanical model, and then writing appropriate equations and their analytical or numerical ex­ amination. Usually, this procedure is repeated several times. Even if an initial model correctly reflects the main properties of a phenomenon, it de­ scribes, as a rule, many unnecessary details that make equations of motion too complicated. As experience and experimental data are accumulated, the researcher considers simpler models and simplifies the equations. Thus some terms are discarded, the order of the equations is lowered, and so on. This process requires time, experimentation, and the researcher's intu­ ition. A good example of such a semi-experimental way of simplifying is a gyroscopic precession equation. Formal mathematical proofs of its admis­ sibility appeared some several decades after its successful introduction in engineering calculations. Applied mathematics now has at its disposal many methods of approxi­ mate analysis of differential equations. Application of these methods could shorten and formalize the procedure of simplifying the equations and, thus, of constructing approximate motion models. Wide application of the methods into practice is hindered by the fol­ lowing. 1. Descriptions of various approximate methods are scattered over the mathematical literature. The researcher, as a rule, does not know what method is most suitable for a specific case. 2.