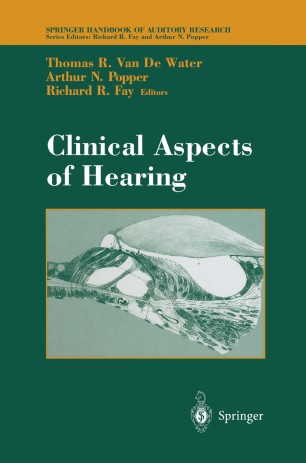 The Springer Handbook of Auditory Research presents a series of com­ prehensive and synthetic reviews of the fundamental topics in modem auditory research. It is aimed at all individuals with interests in hearing research including advanced graduate students, postdoctoral researchers, and clinical investigators. The volumes will introduce new investigators to important aspects of hearing science and will help established investigators to better understand the fundamental theories and data in fields of hearing that they may not normally follow closely. Each volume is intended to present a particular topic comprehensively, and each chapter will serve as a synthetic overview and guide to the literature. As such, the chapters present neither exhaustive data reviews nor original research that has not yet appeared in peer-reviewed journals. The series focuses on topics that have developed a solid data and conceptual foundation rather than on those for which a literature is only beginning to develop. New research areas will be covered on a timely basis in the series as they begin to mature. Each volume in the series consists of five to eight substantial chapters on a particular topic. In some cases, the topics will be ones of traditional interest for which there is a solid body of data and theory, such as auditory neuroanatomy (Vol. 1) and neurophysiology (Vol. 2). Other volumes in the series will deal with topics which have begun to mature more recently, such as development, plasticity, and computational models of neural processing.

"..full of information of great interest both to a clinician and researcher. The amount of knowledge gained from literally hundreds of researchers (there are about 900 references) is very impressive." Brit. Jnl. of Audiology
Buy options