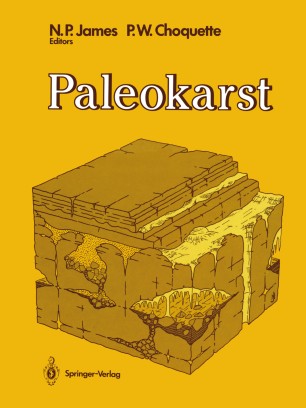 Landscapes of the past have always held an inherent fascination for ge­ ologists because, like terrestrial sediments, they formed in our environment, not offshore on the sea floor and not deep in the subsurface. So, a walk across an ancient karst surface is truly a step back in time on a surface formed open to the air, long before humans populated the globe. Ancient karst, with its associated subterranean features, is also of great scientific interest because it not only records past exposure of parts of the earth's crust, but preserves information about ancient climate and the movement of waters in paleoaquifers. Because some paleokarst terranes are locally hosts for hydrocarbons and base metals in amounts large enough to be economic, buried and exhumed paleokarst is also of inordinate practical importance. This volume had its origins in a symposium entitled "Paleokarst Systems and Unconformities-Characteristics and Significance," which was orga­ nized and convened by us at the 1985 midyear meeting of the Society of Economic Paleontologists and Mineralogists on the campus of the Colorado School of Mines in Golden, Colorado. The symposium had its roots in our studies over the last decade, both separately and jointly, of a number of major and minor unconformities and of the diverse, and often spectacular paleokarst features associated with these unconformities.