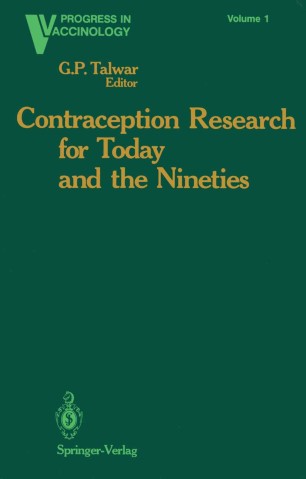 Contraception Research for Today and the Nineties

Part of the Progress in Vaccinology book series (VACCINOLOGY, volume 1)

The twentieth century will close with 5 billion people added to the current global population. Between 1980 and the year 2000, the total world population will increase from 4 billion 10 a liUle over 6 billion. There will be half as many morc people on earth during these 20 years than the number accumulated since the origin of man to 1980. Overpopulation is particularly acute in economically developing countries, where contraception has become a social necessity. Comraceplion Researcll for Today and Ihe Nineties carries the proceedings of an international symposium convened in New Delhi in October, 1986, to review the status of current research in contraception. Major organizations supporting basic and applied research in contraception-The Population Council, World Health Organization (WHO), The Rockefeller Foundation, United States Agency for International Development (USAID), International Development Research Center of Canada (IDRC), National Institutes of Health (NIH), and the Indian Council of Medical Research (ICMR)- were represented by the heads of divi­ sions who projected respective programs and strategies. Principal scientists responsible for many of the new leads participated.