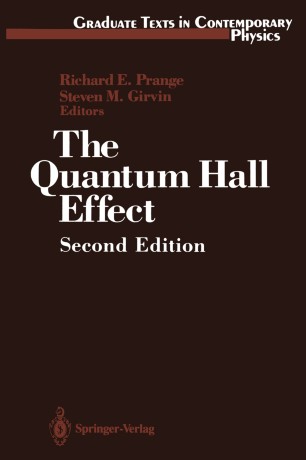 After a foreword by Klaus von Klitzing, the first chapters of this book discuss the prehistory and the theoretical basis as well as the implications of the discovery of the Quantum Hall effect on superconductivity, superfluidity, and metrology, including experimentation. The second half of this volume is concerned with the theory of and experiments on the many body problem posed by fractional effect. Specific unsolved problems are mentioned throughout the book and a summary is made in the final chapter.

The quantum Hall effect was discovered on about the hundredth anniversary of Hall's original work, and the finding was announced in 1980 by von Klitzing, Dorda and Pepper. Klaus von KIitzing was awarded the 1985 Nobel prize in physics for this discovery.