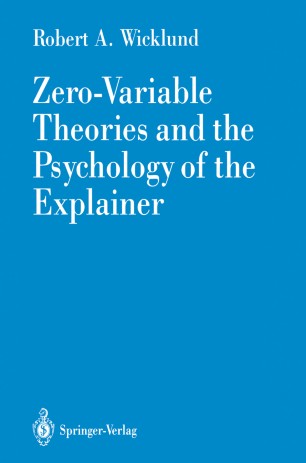 Zero-Variable Theories and the Psychology of the Explainer

In Zero-Variable Theories, Dr. Robert Wicklund invites the reader to consider the psychological perspective of the "explainer". In examining the over-simplifications that have become dominant in modern psychology, the author points to such factors as competition with other explainers and pressure to offer and promulgate a unique explanation. The explainer is characterized as equating theory with simple, fixed categories, and as defending those categories as one would defend a personal territory, fending off competing explainers through mis-use of statistical devices. The end result is the formulation of theories that neglect the perspectives of those whose behaviors are to be explained, and which simultaneously exclude psychological variables.