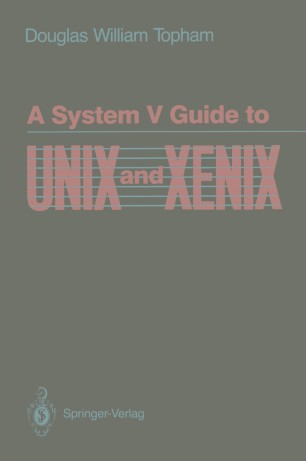 A System V Guide to UNIX and XENIX

A System V Guide to UNIX and XENIX takes the novice reader through the features of the UNIX system step-by-step without jargon and assumptions about the reader's technical knowledge found in similar books. With its clear explanations, numerous examles, and straightforward organization, this book appeals to many non-technical people just beginning to work with UNIX, as well as engineers and programmers with prior experience. Anyone who reads this book will learn how to use the features of UNIX, and how to modify and customize those features. It is organized in such a way that it leads the reader from the UNIX basics to the more complex and powerful concepts such as shell-programming and networking. Although the book is written as introduction and reference for the UNIX user, it can very well be used as a textbook in undergraduate computer science or computer engineering courses.