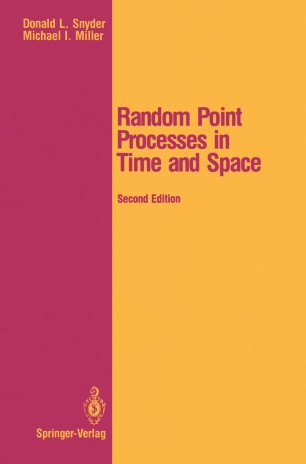 This book is a revision of Random Point Processes written by D. L. Snyder and published by John Wiley and Sons in 1975. More emphasis is given to point processes on multidimensional spaces, especially to pro­ cesses in two dimensions. This reflects the tremendous increase that has taken place in the use of point-process models for the description of data from which images of objects of interest are formed in a wide variety of scientific and engineering disciplines. A new chapter, Translated Poisson Processes, has been added, and several of the chapters of the fIrst edition have been modifIed to accommodate this new material. Some parts of the fIrst edition have been deleted to make room. Chapter 7 of the fIrst edition, which was about general marked point-processes, has been eliminated, but much of the material appears elsewhere in the new text. With some re­ luctance, we concluded it necessary to eliminate the topic of hypothesis testing for point-process models. Much of the material of the fIrst edition was motivated by the use of point-process models in applications at the Biomedical Computer Labo­ ratory of Washington University, as is evident from the following excerpt from the Preface to the first edition. "It was Jerome R. Cox, Jr. , founder and [1974] director of Washington University's Biomedical Computer Laboratory, who ftrst interested me [D. L. S.