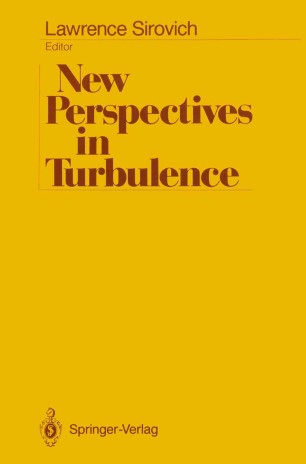 This collection of articles has its origin in a meeting which took place June 12-15, 1989, on the grounds of Salve Regina College in Newport, Rhode Island. The meeting was blessed by beautiful, balmy weather and an idyllic setting. The sessions themselves took place in Ochre Court, one of the elegant and stately old summer cottages for which Newport is acclaimed. Lectures were presented in the grand ballroom overlooking the famous Cliff Walk and Block Island Sound. Counter to general belief, the pleasant surroundings did not appear to encourage truancy or in any other way diminish the quality of the meeting. On the contrary, for the four days of the meeting there was a high level of excitement and optimism about the new perspectives in turbulence, a tone that carried over to lively dinner and evening discussions. The participants represented a broad range of backgrounds, extending from pure mathemat­ ics to experimental engineering. A dialogue began with the first speakers which cut across the boundaries and gave to the meeting a mood of unity which persisted.