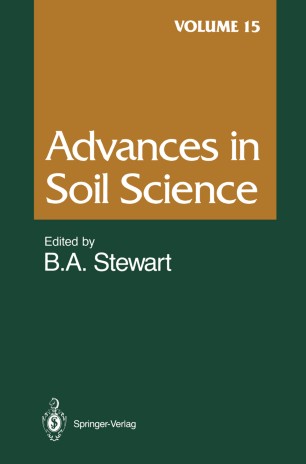 The study of soils has taken on increased importance because a rapidly expanding population is placing demands on the soil never before experi­ enced. This has led to an increase in land degradation. Land degradation is one of the most severe problems facing mankind. Volume 11 of Advances in Soil Science was devoted entirely to this critical area of soil science. The editors of that volume, R. Lal and B.A. Stewart, defined soil degradation as the decline in soil quality caused by its misuse by humans. They further stated that soil degradation is a major concern for at least two reasons. First, it undermines the productive capacity of an ecosystem. Second, it affects global climate through alterations in water and energy balances and disruptions in cycles of carbon, nitrogen, sulfur, and other elements. Through its impact on agricultural productivity and environment, soil deg­ radation leads to political and social instability, enhanced rate of deforesta­ tion, intensive use of marginal and fragile lands, accelerated runoff and soil erosion, pollution of natural waters, and emission of greenhouse gases into the atmosphere. In fact, soil degradation affects the very fabric of mankind.