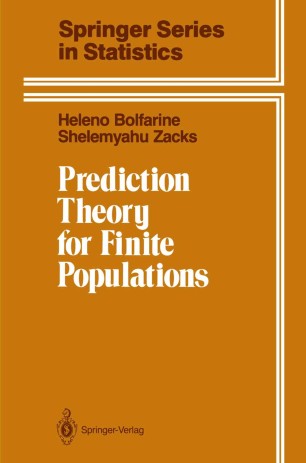 A large number of papers have appeared in the last twenty years on estimating and predicting characteristics of finite populations. This monograph is designed to present this modern theory in a systematic and consistent manner. The authors' approach is that of superpopulation models in which values of the population elements are considered as random variables having joint distributions. Throughout, the emphasis is on the analysis of data rather than on the design of samples. Topics covered include: optimal predictors for various superpopulation models, Bayes, minimax, and maximum likelihood predictors, classical and Bayesian prediction intervals, model robustness, and models with measurement errors. Each chapter contains numerous examples, and exercises which extend and illustrate the themes in the text. As a result, this book will be ideal for all those research workers seeking an up-to-date and well-referenced introduction to the subject.