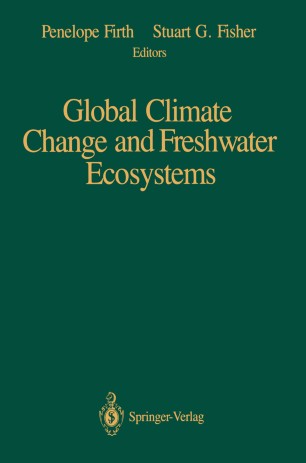 Global climate change is a certainty. The Earth's climate has never remained static for long and the prospect for human-accelerated climate change in the near future appears likely. Freshwater systems are intimately connected to climate in several ways: they may influence global atmospheric processes affecting climate; they may be sensitive early indicators of climate change because they integrate the atmospheric and terrestrial events occurring in their catchments; and, of course, they will be affected by climate change. An improved predictive understanding of environmental effects on pattern and process in freshwater ecosystems will be invaluable as a baseline upon which to build sound protection and management policies for fresh waters. This book represents an early step towards this improved understanding. The contributors accepted the challenge to assume global warming of 2-5oC in the next century. They then explored the implications of this scenario on various freshwater ecosystems and processes. To provide a broader perspective, Firth and Fisher included several chapters which do not deal expressly with freshwater ecosystems, but rather discuss climate change in terms of causes and mechanisms, implications for water resources, and the use of remote sensing as a tool for expanding studies from local to global scale.