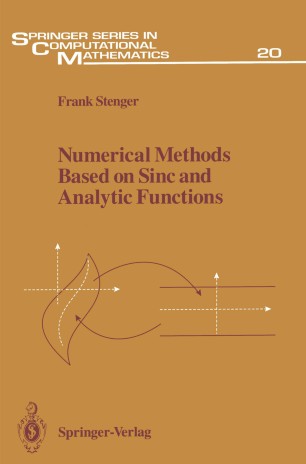 Numerical Methods Based on Sinc and Analytic Functions

Many mathematicians, scientists, and engineers are familiar with the Fast Fourier Transform, a method based upon the Discrete Fourier Transform. Perhaps not so many mathematicians, scientists, and engineers recognize that the Discrete Fourier Transform is one of a family of symbolic formulae called Sinc methods. Sinc methods are based upon the Sinc function, a wavelet-like function replete with identities which yield approximations to all classes of computational problems. Such problems include problems over finite, semi-infinite, or infinite domains, problems with singularities, and boundary layer problems. Written by the principle authority on the subject, this book introduces Sinc methods to the world of computation. It serves as an excellent research sourcebook as well as a textbook which uses analytic functions to derive Sinc methods for the advanced numerical analysis and applied approximation theory classrooms. Problem sections and historical notes are included.