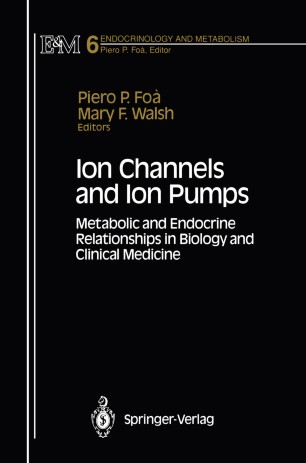 Metabolic and Endocrine Relationships in Biology and Clinical Medicine

Part of the Endocrinology and Metabolism book series (EAM, volume 6)

Omnis cellula e cellula, "every cell from a cell," was dogma to the 19th­ century cellular physiologist and the cornerstone of Virchow's Cellular­ pathologie. "Spread out a cell into a layer and you will find that, in ceasing to be a cell, it has ceased to act as such," wrote the British 1 physiologist G . R. Lewes more than a century age. "The cell remains vital as long as its wall remains intact . . . " keeping its content "pure and clear" and thus preserving the "vital principle" within, echoed Claude 2 Bernard a few years later. The notion of the cell membrane as a pro­ tecting envelope held sway until it became clear that it could not account for the "coalescence" of poorly differentiated embryonic "vesicles" and for their transformation into "cell-like structures" capable of auto­ regulation and yet subject to what the grandfather of one of us defined as the "federal obligations imposed by the whole organism. ,,3 A new concept was needed, and soon the membrane was described as a structure capable of uniting as well as separating adjacent cells. Morphologic evidence for this dual function was obtained several years later when the electron microscope revealed the existence of tight and gap junc­ tions which, acting as intercellular bonds and channels, allowed the cells to communicate with one another and thus coordinate their biologic activities.