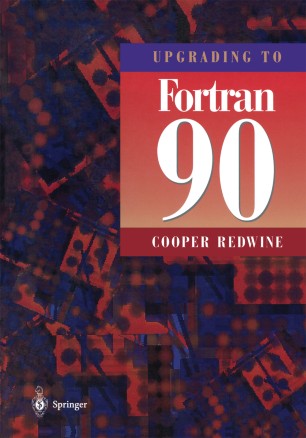 In 1991, a new international standard for Fortran was released which contained specifications for a new version of the language known as Fortran 90. It provides for dramatic extensions to previous Fortran versions. This book is a comprehensive tutorial to Fortran 90 that relies mainly on a large number of short, but complete programming examples to illustrate the differences between the new language and traditional Fortran. The author gives thorough explanations of terminology and concepts which were not in general use before the release of the new standard. Readers are assumed to have a working knowledge of one of the earlier versions of Fortran, but otherwise no prior knowledge of Fortran 90 is assumed.