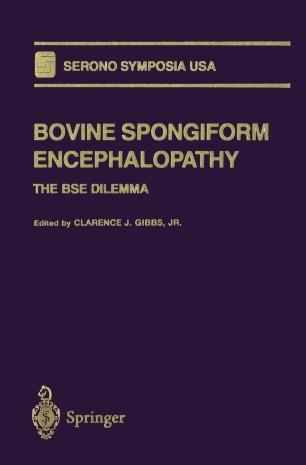 The very first international working discussion on slow infections of the nervous system was entitled "Slow, Latent, and Temperate Virus Infec­ tions" and was held at the National Institutes of Health (NIH) in December 1964. The primary impetus was the discovery and investigation of kuru in New Guinea by D. Carleton Gajdusek, M. D. This working discussion brought together investigators in human and veterinary medicine, virolo­ gists, microbiologists, and neuropathologists actively engaged in laboratory work with viruses that illustrated properties of latency, masking, slowness, or temperateness, with emphasis on subacute and chronic neurologic dis­ eases of unknown etiology. In the Preface to the monograph of published papers presented at the working discussion, Gajdusek and Gibbs wrote the following: After microbiology had given solution to the etiology of most acute infections of the central nervous system and after fungi and bacteria had been incriminated in impor­ tant chronic disorders of the nervous system such as torula and tuberculosis men­ ingitis, we have been left, in neurology, with a wide range of subacute and chronic affections of the central nervous systems of unknown etiology. Some of these diseases, still listed as idiopathic, are among the most prevalent afflictions of the central nervous system. Many others with familial patterns of occurrence do not yet have their basic pathogenesis or underlying metabolic defect elucidated, although we tend to think of them as genetically mediated.