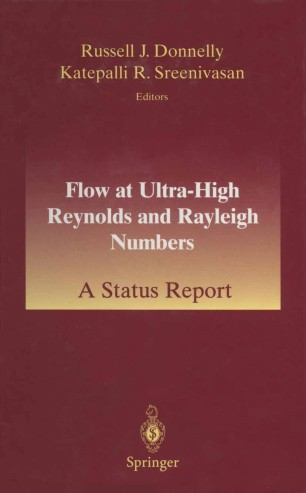 Because of their extremely low viscosity, liquid helium and ultra-cold helium gas provide ideal media for fundamental studies of fluid flow and turbulence at extremely high Reynolds numbers. Such flows occur in aerospace applications (satellite reentry) and other extreme conditions, where they are difficult to study. A cryogenic-helium wind tunnel would allow one to model these flows in a laboratory at much more benign conditions. Such studies have not been feasible because, using these fluids in a wind tunnel requires more liquid helium than has readily been available. However, the capacity of the refrigerators installed at several physics laboratories that supply liquid helium for particle accelerators (such as the one intended for the SSC in Texas or the one at Brookhaven National Laboratory) is so great that some of the liquid helium or the ultra-cold helium gas may also be used for fluid dynamics studies. The chapters in this book survey the challenges and prospects for research on fluid flows at high Reynolds and Rayleigh numbers using cryogenic helium. They cover a wide range of topics: from refrigeration and instrumentation to theories of superfluid turbulence. The chapters are largely based on contributions to a workshop held at Brookhaven, but these have all been brought up to the state of the art in late 1997; in addition, several chapters contain entirely new material. This book will be of interest to physicist interested in fluid dynamics, mechanical engineers interested in turbulent flows and transport, and naval and aerospace engineers.