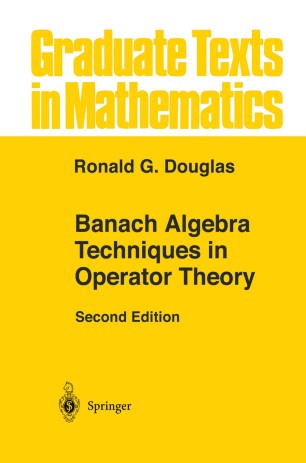 Operator theory is a diverse area of mathematics which derives its impetus and motivation from several sources. It began with the study of integral equations and now includes the study of operators and collections of operators arising in various branches of physics and mechanics. The intention of this book is to discuss certain advanced topics in operator theory and to provide the necessary background for them assuming only the standard senior-first year graduate courses in general topology, measure theory, and algebra. At the end of each chapter there are source notes which suggest additional reading along with giving some comments on who proved what and when. In addition, following each chapter is a large number of problems of varying difficulty. This new edition will appeal to a new generation of students seeking an introduction to operator theory.