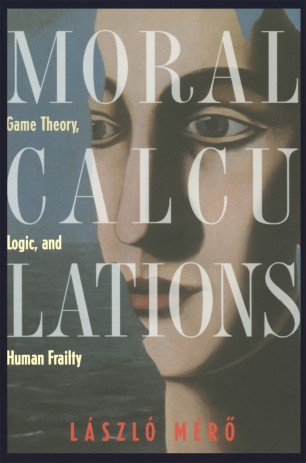 Are people ever rational? Consider this: You auction off a one-dollar bill to the highest bidder, but you set the rules so that the second highest bidder also has to pay the amount of his last bid, even though he gets nothing. Would people ever enter such an auction? Not only do they, but according to Martin Shubik, the game's inventor, the average winning bid (for a dollar, remember) is $3.40. Many winners report that they bid so high only because their opponent "went completely crazy." This game lies at the intersection of three subjects of eternal fascination: human psychology, morality, and John von Neumann's game theory. Hungarian game-theorist Laszlo Mero introduces us to the basics of game theory, including such concepts as zero-sum games, Prisoner's Dilemma and the origins of altruism; shows how game theory is applicable to fields ranging from physics to politics; and explores the role of rational thinking in the context of many different kinds of thinking. This fascinating, urbane book will interest everyone who wonders what mathematics can tell us about the human condition.