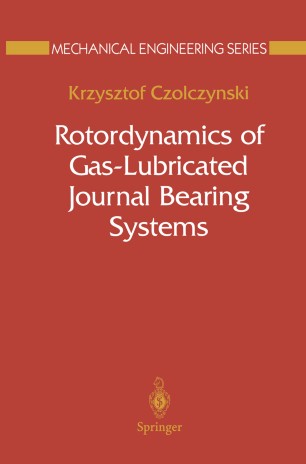 Gas bearings have been used to support rotating parts in a wide range of applications - from magnetic recording heads in computer disk drives to gyroscopes and special machine tools. The advantage of gas bearings is the very low viscosity of air compared to that of most oils used in lubrication. As a result, not only is there much less frictional heat to dissipate, but the bearing remains very nearly isothermal. Gas bearings can thus support rotors spinning at much higher rotational velocities than those lubricated with liquids. This book discusses models for the behavior of gas bearings, particularly of the aspects affecting the stability of the system. It begins with a discussion of the mathematical models, identifying the stiffness and damping coefficients, and describing the behavior of the models in unstable regions. It then turns to apply these results to bearings: static characteristics and stability of various rotor systems and an extensive discussion of air rings.