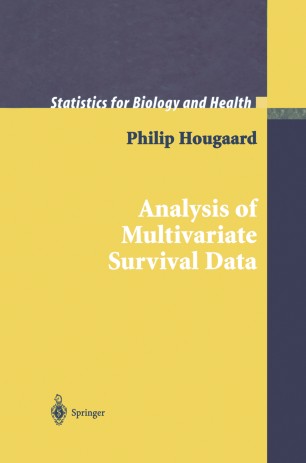 Survival data or more general time-to-event data occur in many areas, including medicine, biology, engineering, economics, and demography, but previously standard methods have requested that all time variables are univariate and independent. This book extends the field by allowing for multivariate times. Applications where such data appear are survival of twins, survival of married couples and families, time to failure of right and left kidney for diabetic patients, life history data with time to outbreak of disease, complications and death, recurrent episodes of diseases and cross-over studies with time responses. As the field is rather new, the concepts and the possible types of data are described in detail and basic aspects of how dependence can appear in such data is discussed. Four different approaches to the analysis of such data are presented. The multi-state models where a life history is described as the subject moving from state to state is the most classical approach. The Markov models make up an important special case, but it is also described how easily more general models are set up and analyzed. Frailty models, which are random effects models for survival data, made a second approach, extending from the most simple shared frailty models, which are considered in detail, to models with more complicated dependence structures over individuals or over time. Marginal modelling has become a popular approach to evaluate the effect of explanatory factors in the presence of dependence, but without having specified a statistical model for the dependence. Finally, the completely non-parametric approach to bivariate censored survival data is described. This book is aimed at investigators who need to analyze multivariate survival data, but due to its focus on the concepts and the modelling aspects, it is also useful for persons interested in such data, but