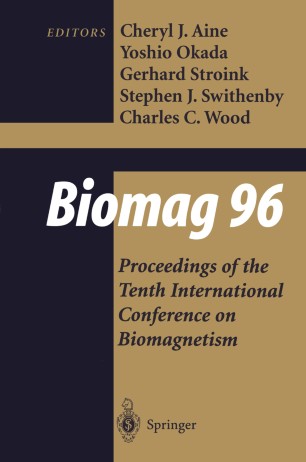 A modified Linear Estimation Approach was performed to reconstruct current sources within the heart. Based on MRI data sets the Boundary Element Method was used to create tailored multicompartment models of the human thorax which were used to solve the forward problem of magnetocardiography. The ability of the proposed method was demonstrated for the localization of a single current dipole as an example of a focal source. By means of introducing small shiftings to all reconstruction dipoles during linear estimation solution as well as performing a successive focussing strategy ignoring places without significant electrical activity the method could easily be extended to the reconstruction of real 3D sources. Based on a special minimum-norm solution the source volume can be estimated applying a finite element approximation using cube elements. The size of an extended current source can be estimated by superimposing the reconstructed dipoles to an equivalent dipole and comparing the corresponding volume with the sphere which would be related to the equivalent dipole. The deviation of these volumes can be taken as a criterion for non-dipolarity of sources.