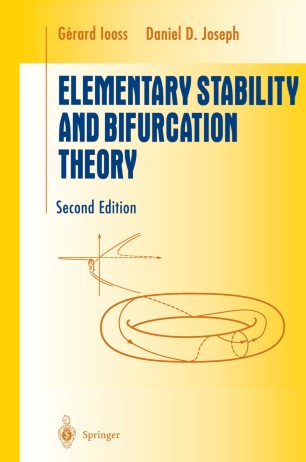 In its most general form bifurcation theory is a theory of asymptotic solutions of nonlinear equations. By asymptotic solutions we mean, for example, steady solutions, time-periodic solutions, and quasi-periodic solutions. The purpose of this book is to teach the theory of bifurcation of asymptotic solutions of evolution problems governed by nonlinear differential equations. We have written this book for the broadest audience of potentially interested learners: engineers, biologists, chemists, physicists, mathematicians, economists, and others whose work involves understanding asymptotic solutions of nonlinear differential equations. To accomplish our aims, we have thought it necessary to make the analysis: (1) general enough to apply to the huge variety of applications which arise in science and technology; and (2) simple enough so that it can be understood by persons whose mathe­ matical training does not extend beyond the classical methods of analysis which were popular in the nineteenth century. Of course, it is not possible to achieve generality and simplicity in a perfect union but, in fact, the general theory is simpler than the detailed theory required for particular applications. The general theory abstracts from the detailed problems only the essential features and provides the student with the skeleton on which detailed structures of the applications must rest. lt is generally believed that the mathematical theory of bifurcation requires some functional analysis and some ofthe methods of topology and dynamics.