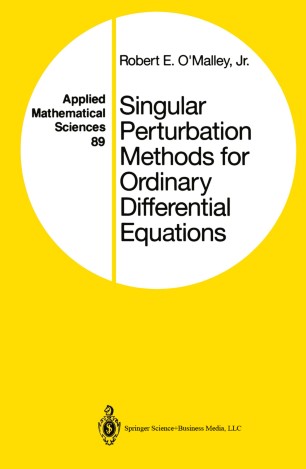 This book results from various lectures given in recent years. Early drafts were used for several single semester courses on singular perturbation meth­ ods given at Rensselaer, and a more complete version was used for a one year course at the Technische Universitat Wien. Some portions have been used for short lecture series at Universidad Central de Venezuela, West Vir­ ginia University, the University of Southern California, the University of California at Davis, East China Normal University, the University of Texas at Arlington, Universita di Padova, and the University of New Hampshire, among other places. As a result, I've obtained lots of valuable feedback from students and listeners, for which I am grateful. This writing continues a pattern. Earlier lectures at Bell Laboratories, at the University of Edin­ burgh and New York University, and at the Australian National University led to my earlier works (1968, 1974, and 1978). All seem to have been useful for the study of singular perturbations, and I hope the same will be true of this monograph. I've personally learned much from reading and analyzing the works of others, so I would especially encourage readers to treat this book as an introduction to a diverse and exciting literature. The topic coverage selected is personal and reflects my current opin­ ions. An attempt has been made to encourage a consistent method of ap­ proaching problems, largely through correcting outer limits in regions of rapid change. Formal proofs of correctness are not emphasized.