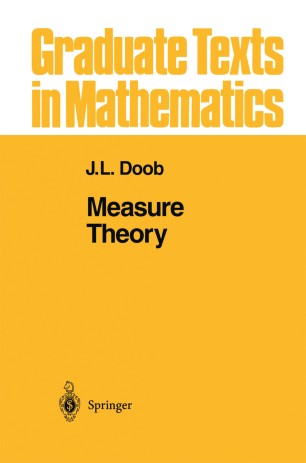 This book was planned originally not as a work to be published, but as an excuse to buy a computer, incidentally to give me a chance to organize my own ideas ~n what measure theory every would-be analyst should learn, and to detail my approach to the subject. When it turned out that Springer-Verlag thought that the point of view in the book had general interest and offered to publish it, I was forced to try to write more clearly and search for errors. The search was productive. Readers will observe the stress on the following points. The application of pseudometric spaces. Pseudo metric, rather than metric spaces, are applied to obviate the artificial replacement of functions by equivalence classes, a replacement that makes the use of "almost everywhere" either improper or artificial. The words "function" and "the set on which a function has values at least E" can be taken literally in this book. Pseudometric space properties are applied in many contexts. For example, outer measures are used to pseudometrize classes of sets and the extension of a finite measure from an algebra to a 0" algebra is thereby reduced to finding the closure of a subset of a pseudo metric space.