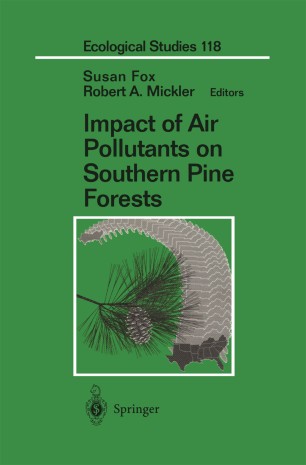 The public's attitude toward air pollution in the United States evolved substantially during the 1960s. One of the results of the nation's emerging environmental ethic was the creation of the U. S. Environmental Protection Agency (EPA) in December of 1970. Prior to this time, research was focused on the impacts of air pollution on human health and welfare and was largely conducted by several federal research agencies, which included the Department of Health, Education, and Welfare; the National Oceanic and Atmospheric Administration; and the U. S. Department of Agricul­ ture. After the creation of the EPA, much of this work was consolidated in one regulatory agency, which resulted in periodic evaluations of the various effects of atmospheric pollution on human health, materials, agriculture, and forest ecosystems. At the same time that environmental interest was growing in the United States, concern increased in the European scientific community and public over the ecological impacts of acidic deposition. As the magnitude of the damage to European lakes and streams and the widespread decline in Norway spruce and silver fir was reported, concern that similar problems were occurring in the United States increased substantially. This concern was heightened by press reports of high elevation spruce-fir forest declines in the Adirondack and Appalachian Mountains and the decline and death of sugar maples in the northeastern United States and Canada.