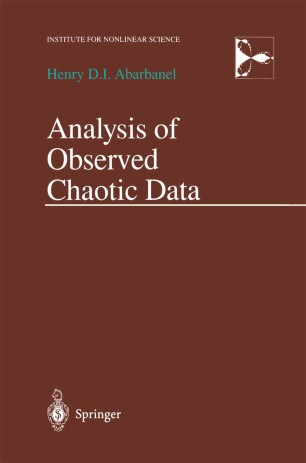 Part of the Institute for Nonlinear Science book series (INLS)

When I encountered the idea of chaotic behavior in deterministic dynami­ cal systems, it gave me both great pause and great relief. The origin of the great relief was work I had done earlier on renormalization group properties of homogeneous, isotropic fluid turbulence. At the time I worked on that, it was customary to ascribe the apparently stochastic nature of turbulent flows to some kind of stochastic driving of the fluid at large scales. It was simply not imagined that with purely deterministic driving the fluid could be turbulent from its own chaotic motion. I recall a colleague remarking that there was something fundamentally unsettling about requiring a fluid to be driven stochastically to have even the semblance of complex motion in the velocity and pressure fields. I certainly agreed with him, but neither of us were able to provide any other reasonable suggestion for the observed, apparently stochastic motions of the turbulent fluid. So it was with relief that chaos in nonlinear systems, namely, complex evolution, indistinguish­ able from stochastic motions using standard tools such as Fourier analysis, appeared in my bag of physics notions. It enabled me to have a physi­ cally reasonable conceptual framework in which to expect deterministic, yet stochastic looking, motions. The great pause came from not knowing what to make of chaos in non­ linear systems.