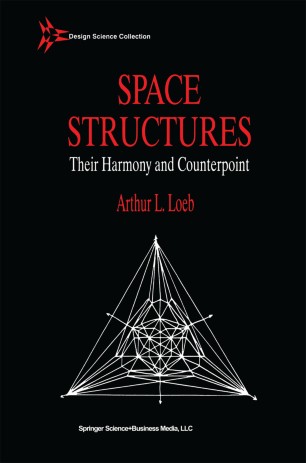 xiv aggregates: this touches on the very nature of things. The concept of statistical symmetry which Loeb develops is particularly important, it emphasizes the limitations in seemingly random aggregates and for permits general statements of which the crystallographer's sym­ metries are only special cases. The reductionist and holistic approaches to the world have been at war with each other since the times of the Greek philosophers and before. In nature, parts clearly do fit together into real structures, and the parts are affected by their environment. The problem is one of understanding. The mystery that remains lies largely in the nature of structural hierarchy, for the human mind can examine nature on many different scales sequentially but not simultaneously. Arthur Loeb's monograph is a fundamental one, but one can sense a devel­ opment from the relations between his zero-and three-dimensional cells to the far more complex world of organisms and concepts. It is structure that makes the difference between a cornfield and a cake, between an aggregate of cells and a human being, between a random group of human beings and a society. We can perceive anything only when we perceive its structure, and we think by structural analogy and comparison. Several books have been published showing the beauty of form in nature. This one has the beauty of a work of art, but it grows out of rigorous mathematics and from the simplest of bases-dimensional­ ity, extent and valency.