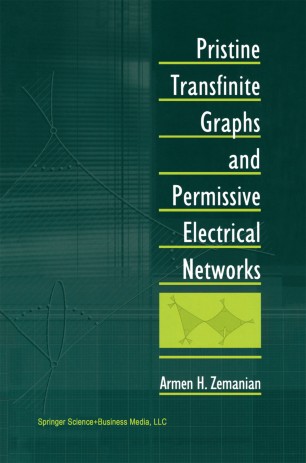 A transfinite graph or electrical network of the first rank is obtained conceptually by connecting conventionally infinite graphs and networks together at their infinite extremities. This process can be repeated to obtain a hierarchy of transfiniteness whose ranks increase through the countable ordinals. This idea, which is of recent origin, has enriched the theories of graphs and networks with radically new constructs and research problems. The book provides a more accessible introduction to the subject that, though sacrificing some generality, captures the essential ideas of transfiniteness for graphs and networks. Thus, for example, some results concerning discrete potentials and random walks on transfinite networks can now be presented more concisely. Conversely, the simplifications enable the development of many new results that were previously unavailable. Topics and features: *A simplified exposition provides an introduction to transfiniteness for graphs and networks.*Various results for conventional graphs are extended transfinitely. *Minty's powerful analysis of monotone electrical networks is also extended transfinitely.*Maximum principles for node voltages in linear transfinite networks are established. *A concise treatment of random walks on transfinite networks is developed. *Conventional theory is expanded with radically new constructs. Mathematicians, operations researchers and electrical engineers, in particular, graph theorists, electrical circuit theorists, and probabalists will find an accessible exposition of an advanced subject.