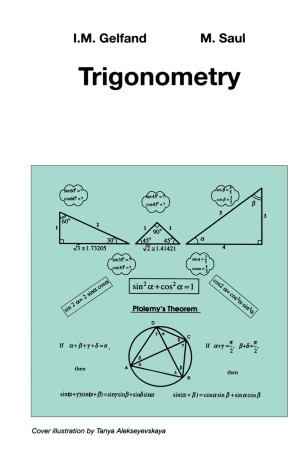 In a sense, trigonometry sits at the center of high school mathematics. It originates in the study of geometry when we investigate the ratios of sides in similar right triangles, or when we look at the relationship between a chord of a circle and its arc. It leads to a much deeper study of periodic functions, and of the so-called transcendental functions, which cannot be described using finite algebraic processes. It also has many applications to physics, astronomy, and other branches of science. It is a very old subject. Many of the geometric results that we now state in trigonometric terms were given a purely geometric exposition by Euclid. Ptolemy, an early astronomer, began to go beyond Euclid, using the geometry of the time to construct what we now call tables of values of trigonometric functions. Trigonometry is an important introduction to calculus, where one stud­ ies what mathematicians call analytic properties of functions. One of the goals of this book is to prepare you for a course in calculus by directing your attention away from particular values of a function to a study of the function as an object in itself. This way of thinking is useful not just in calculus, but in many mathematical situations. So trigonometry is a part of pre-calculus, and is related to other pre-calculus topics, such as exponential and logarithmic functions, and complex numbers.