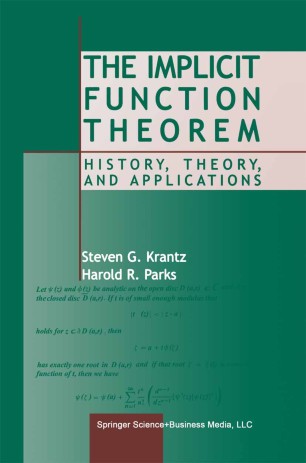 The history of the implicit function theorem is a lively and complex store, and intimately bound up with the development of fundamental ideas in analysis and geometry. This entire development, together with mathematical examples and proofs, is recounted for the first time here. It is an exciting tale, and it continues to evolve.

The Implicit Function Theorem is an accessible and thorough treatment of implicit and inverse function theorems and their applications. It will be of interest to mathematicians, graduate/advanced undergraduate stunts, and to those who apply mathematics. The book unifies disparate ideas that have played an important role in modern mathematics. It serves to document and place in context a substantial body of mathematical ideas.