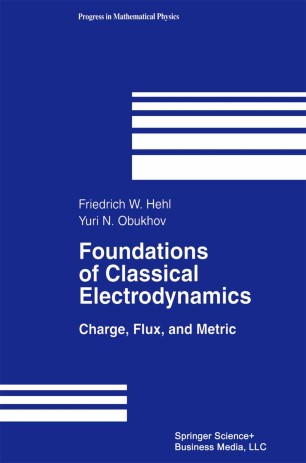 This book presents a fresh, original exposition of the foundations of classical electrodynamics in the tradition of the so-called metric-free approach. The fundamental structure of classical electrodynamics is described in the form of six axioms: (1) electric charge conservation, (2) existence of the Lorentz force, (3) magnetic flux conservation, (4) localization of electromagnetic energy-momentum, (5) existence of an electromagnetic spacetime relation, and (6) splitting of the electric current into material and external pieces.

The first four axioms require an arbitrary 4-dimensional differentiable manifold. The fifth axiom characterizes spacetime as the environment in which the electromagnetic field propagates — a research topic of considerable interest — and in which the metric tensor of spacetime makes its appearance, thus coupling electromagnetism and gravitation. Repeated emphasis is placed on interweaving the mathematical definitions of physical notions and the actual physical measurement procedures.

The tool for formulating the theory is the calculus of exterior differential forms, which is explained in sufficient detail, along with the corresponding computer algebra programs. Prerequisites for the reader include a knowledge of elementary electrodynamics (with Maxwell's equations), linear algebra and elementary vector analysis; some knowledge of differential geometry would help. Foundations of Classical Electrodynamics unfolds systematically at a level suitable for graduate students and researchers in mathematics, physics, and electrical engineering.