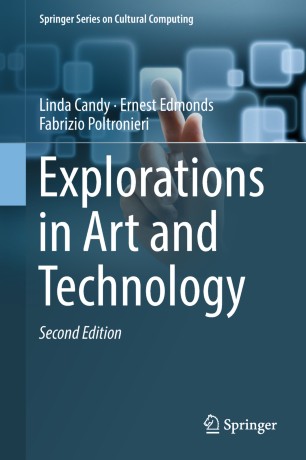 Explorations in Art and Technology

This edition revises the original core chapters and adds 15 contributions from artists who shed new light on the progress made in the early decades of the 21st Century.

Explorations in Art and Technology is about the creative process in action, seen through the eyes of practitioners and researchers. It brings together artists, technologists and researchers who have written about emerging correspondences between virtual and physical worlds, between human and machine processes, between abstract concepts and their physical realizations, between music and visualization and between film and painting. It is a story of new visions and new forms.

First published in 2002, this revised edition updates much of the original material and adds contributions from fifteen artists who shed new light on the progress that has been made in the early decades of the 21st Century. The book describes how artists have conceived and made novel digital works from a historical perspective and how inter-disciplinary research has had a profound effect on the take up of digital technology in the wider community. It shows that a practice-based action research approach to case studies of artist residencies enabled art and technology practitioners to take a significant role in the research and explores the nature of collaboration in this context. What emerges is a compelling story of inspirational creative work in a field that is transforming traditional norms in both art and technology.