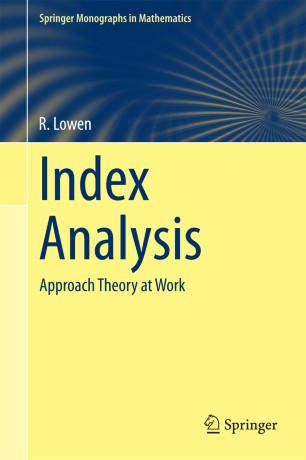 A featured review of the AMS describes the author’s earlier work in the field of approach spaces as, ‘A landmark in the history of general topology’. In this book, the author has expanded this study further and taken it in a new and exciting direction.

Making use of the rich intrinsic quantitative information present in approach structures, a technique is developed whereby indices are defined that measure the extent to which properties hold, and theorems become inequalities involving indices; therefore vastly extending the realm of applicability of many classical results. The theory is then illustrated in such varied fields as topology, functional analysis, probability theory, hyperspace theory and domain theory. Finally a comprehensive analysis is made concerning the categorical aspects of the theory and its links with other topological categories.