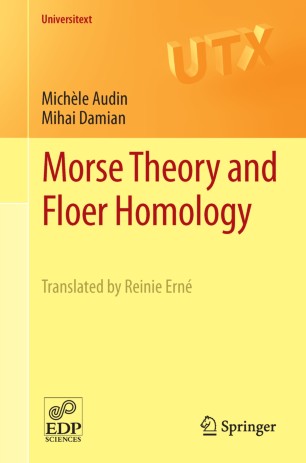 This book is an introduction to modern methods of symplectic topology. It is devoted to explaining the solution of an important problem originating from classical mechanics: the 'Arnold conjecture', which asserts that the number of 1-periodic trajectories of a non-degenerate Hamiltonian system is bounded below by the dimension of the homology of the underlying manifold.

The first part is a thorough introduction to Morse theory, a fundamental tool of differential topology. It defines the Morse complex and the Morse homology, and develops some of their applications.

Morse homology also serves a simple model for Floer homology, which is covered in the second part. Floer homology is an infinite-dimensional analogue of Morse homology. Its involvement has been crucial in the recent achievements in symplectic geometry and in particular in the proof of the Arnold conjecture. The building blocks of Floer homology are more intricate and imply the use of more sophisticated analytical methods, all of which are explained in this second part.

The book originated in a graduate course given at Strasbourg University, and contains a large range of figures and exercises. Morse Theory and Floer Homology will be particularly helpful for graduate and postgraduate students.