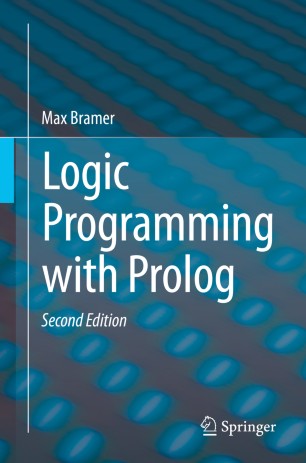 Logic Programming with Prolog does not assume that the reader is an experienced programmer or has a background in Mathematics, Logic or Artificial Intelligence. It starts from scratch and aims to arrive at the point where quite powerful programs can be written in the language. It is intended both as a textbook for an introductory course and as a self-study book. On completion readers will know enough to use Prolog in their own research or practical projects.

Each chapter has self-assessment exercises so that readers may check their own progress. A glossary of the technical terms used completes the book.

This second edition has been revised to be fully compatible with SWI-Prolog, a popular multi-platform public domain implementation of the language. Additional chapters have been added covering the use of Prolog to analyse English sentences and to illustrate how Prolog can be used to implement applications of an 'Artificial Intelligence' kind.

Max Bramer is Emeritus Professor of Information Technology at the University of Portsmouth, England. He has taught Prolog to undergraduate computer science students and used Prolog in his own work for many years.