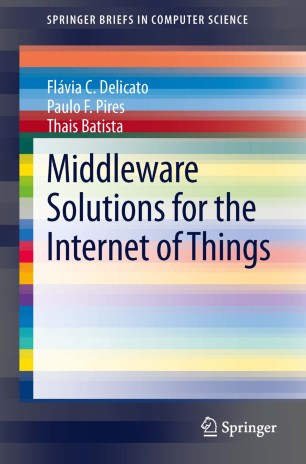 Middleware Solutions for the Internet of Things

After a brief introduction and contextualization on the Internet of Things (IoT) and Web of Things (WoT) paradigms, this timely new book describes one of the first research initiatives aimed at tackling the several challenges involved in building a middleware-layer infrastructure capable of realizing the WoT vision: the SmartSensor infrastructure. It is based on current standardization efforts and designed to manage a specific type of physical devices, those organized to shape a Wireless Sensor Network (WSN), where sensors work collaboratively, extracting data and transmitting it to external networks to be further analysed and processed. Middleware Solutions for the Internet of Things describes this infrastructure and its RESTful-based programming model that allows developers create applications without having specific knowledge about physical devices or networking environments. It is also shown, step by step, how to create a Web Mashup application using SmartSensor.

“This book shows how to develop an application for the Web of Things (WoT) based on the proposed SmartSensor solution, and presents a parking lot use case to demonstrate how to build such an application. The authors have essentially targeted the book at systems architects, developers, and engineers. … each chapter contains a full list of references for further study.” (Damien Magoni, Computing Reviews, December, 2013)